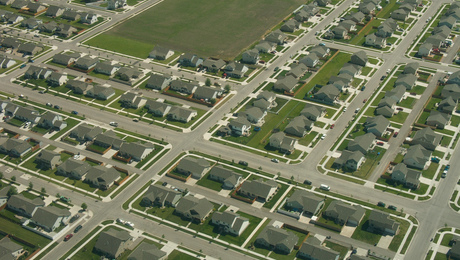 Has the coronavirus pandemic hobbled the construction industry? It depends on who you ask.

The National Association of Home Builders (NAHB) says demand for new, single-family houses is up and builders are as confident of the future as they have been in two decades. Business also is looking up for solar installers.

At the same time, a new survey released by the Associated General Contractors of America (AGC) shows that 60% of the firms responding to a recent survey reported project delays or cancellations of commercial, highway, and utility infrastructure projects—nearly double the rate of just a few months ago.

The poll of more than 2000 companies took place between August 4 and August 26. AGC said the firms represented a cross-section of the construction industry and both union and open shops. The survey was conducted in partnership with the software maker Autodesk.

AGC members are involved mostly in commercial and industrial projects. Chief Economist Ken Simonson said the biggest block of survey respondents work on building construction (1118) with lesser numbers involved in highways and transportation (507), utility infrastructure (468), and federal agency and heavy construction (465). Many work in more than one of those areas. Some of the contractors do multifamily construction, Simonson said, but very few do single-family homes, and then only a luxury home at the request of a client.

The American Institute of Architects (AIA) also says business for its members is less than robust, although it may be on the rebound. In a press release last month, the AIA said that billings didn’t show much progress in July, as business conditions continued to be soft. The Architectural Billing Index (ABI)—an economic indicator for construction activity—was 40 (any score below 50 shows a decline in billings). New design contracts fell from 44 in June to 41.7 in July.

“It is clear the pandemic continued to contribute to uncertainty in business conditions, especially as cases spiked in states across the country,” said AIA Chief Economist Kermit Baker. “While clients expressed interest in exploring new projects, many are hesitant to sign onto new contracts with the exception of the multifamily residential sector, which came close to seeing billings growth in July.”

The Northeast showed the weakest performance with an ABI of 36.8. The West, South, and the Midwest all had scores of about 40.

In a quarterly report to be released on September 11, the AIA said that inquiries from potential clients bounced back in the second quarter of the year. Project backlogs also were up in the second quarter, from 3.4 months to 4.5 months. Additions and alterations, and kitchen and bath remodels, were two improving areas, AIA members said. Custom and luxury homes were off.

Even as the construction industry is contracting, AGC said that more than half of the firms responding to the recent survey say they have trouble finding skilled craftspeople. “Ironically,” Simonson said, “even as the pandemic undermines demand for construction services, it is reinforcing conditions that have historically made it hard for many firms to find qualified craft workers to hire.”

Other findings from AGC’s survey:

•Bad news wasn’t universal. More than a quarter of the respondents said employment had increased over the last 12 months.

•Highway contractors saw the lowest number of cancellations: 53% reported that an upcoming project has been canceled or postponed vs. 66% of building contractors. Only 29% said a road project that was already underway was halted.

•While it’s still difficult to find skilled workers, the situation seems to be improving. More than half (52%) said they had trouble filling some or all hourly craft positions in the recent survey, but last year it was 80%. Smaller firms had more trouble finding employees than larger firms.

•In order to attract and retain workers, pay and benefits are going up.

•Unionized companies are having less trouble finding employees than open-shops, 43% vs. 63%.

Solar is bouncing back

After a miserable April and fears that thousands of jobs could be lost permanently, some solar installers are rehiring furloughed workers and stock prices of publicly traded companies are up, E&E News reports.

Some analysts predicted that residential solar installations could grow by as much as 10% this year, as customers and installers adjust to the pandemic.

“Frankly, it’s surprising to me to see how steady this business has been operating through what clearly are just huge issues,  both health and economic,” John Berger, the CEO of Sunnova said on the company’s earnings call recently. Sunnova added more than 10,000 new customers between April and June.

Some smaller companies also said they have bounced back strongly from low points this spring. Phil Coupe, co-founder of ReVision Energy, an employee-owned certified B Corp based in Maine, was among them.

“As the COVID crisis deepened in late winter, we made the difficult decision to completely shut down our residential installations, which is 50% of our business, and furloughed nearly 100 of our employee-owners,” Coupe said in an email. “In June we gradually began returning to residential work, with strict safety protocols and now that it’s September, we have brought back nearly everyone who was furloughed in the spring. Commercial and residential demand continues to be strong for solar that is combined with heat pumps and battery storage, but finding skilled labor to do high-quality installations continues to be an industry-wide challenge.”

However, the pandemic has changed work rules—no more cramming a work crew into a single van and sending them off—and some analysts believe the 500,000 solar, wind, and efficiency jobs have yet to be restored and may be lost permanently.

Lumber prices are up sharply

For residential builders, rising lumber prices are adding roughly $16,000 to the cost of a typical single-family home and more than $6,000 to the cost of a new apartment, according to a recent report from NAHB. Demand for both new construction and remodeling remained strong, NAHB Chief Economist Robert Dietz said in a bi-weekly newsletter released on September 7.

Since April, Random Lengths has noted a 150% increase in the composite price of lumber. That, plus other cost increases, have helped slow average delivery times on construction projects. “Such constraints in the supply chain will slow the growth rate for single-family construction and remodeling in the coming months,” Dietz wrote.

New home sales in July were up 14% over June to reach a seasonally adjusted annual rate of 901,000, the most since the recession of 2008. Inventory was at a four-month supply, which the association considers “lean.” Demand is so strong, Dietz said, that sales are increasingly coming from homes that haven’t even been started.

With rising demand, builders are as confident as they’ve ever been in the strength of the single-family home market, according to the most recent NAHB/Wells Fargo Housing Market Index that was posted last month. The index score of 78 in August was the highest reading in the 35-year history of the series and matches the record that was set in Decmeber 1998, NAHB said.

“The demand for new single-family homes continues to be strong as low interest rates and a focus on the importance of housing has stoked buyer traffic to all-time highs as measured on the HJI,” NAHB Chairman Shuck Fowke said in a prepared statement. “However, the V-shaped recovery for housing has produced a staggering increase for lumber prices, which have more than doubled since mid-April. Such cost increases could dampen momentum in the housing market this fall, despite historically low interest rates.”

In the second quarter of the year, NAHB’s Home Building Geography Index showed consumer interest was swinging from high-density markets and toward small metro-area suburbs. Those areas were the only one of seven regional geographies that showed a year-to-year gain for the quarter. Market share for single-family houses in low-density areas increased slightly from a year ago, from 47.5% to 48.4%.

“Moreover, these trends are not just present in single-family construction,” the newsletter said. “The fastest growing geographies for apartment construction in the second quarter were found in the exurbs, small metro suburbs and rural areas.”

A NAHB newsletter earlier this month said the demand for suburban housing could be attributed to the pandemic and the increased number of people who are working from home. They want lower housing costs and less densely populated areas.

Demand and builder confidence appear to be up, but the overall economic landscape has plenty of weak spots. In the second quarter, single-family housing starts fell by 24% when compared to first-quarter numbers. Jobless claims continue to go up, the unemployment rate is over 10%, and the unexpected surge in lumber prices all are taking their toll.

Armando Cobo, a Texas-based designer who specializes in net-zero houses, said he’s been told by builders in his area that costs are up by 20% over last year.

“Over the last year, I had a couple that chose not to build their house, after all the plans were done, because the cost of construction priced them out,” he said in an email. “I also had a couple that decided not to start their house design because one of them had lost their job.”

This parallels the situation of a Tennessee couple planning their retirement home near Knoxville, according to NAHB. They lined up a contractor, purchased a lot and had approval from the property owners’ association on their plans. But by the of August, the contractor called to say that the price of lumber had doubled since he originally gave them a bid. Their plans are currently on hold as they look for a cheaper way to build.

Cost-sensitivity, however, is relative. Cobo, for example, said he was recently hired to design a couple’s new 10,000-sq.-ft. home in North Dallas. It will replace a “tear-down” valued at $1.7 million.

A few years ago, Cobo was hired to design a $15 million house in Los Angeles that would replace a $4 million house already on the lot.

“I thought, hey, it’s just LA,” he said. “Apparently, we’re going in that direction here in Dallas, too.”

The Pandemic Takes Its Toll on the Construction Industry

A Tournament of Wall Assemblies is Underway